“Country music taught us long ago that at some point, anyone with a heart will fall to pieces. On her fifth album, Nashville-based singer-songwriter Mary Bragg explores the little cracks that lead to that undone state, and compassionately argues that it’s possible to reassemble yourself. Her clear, warm alto, reminiscent of Patsy Cline, was made for confidences, and these gorgeously crafted and executed songs touch the listener on a deep level, where insight occurs.”
-Ann Powers (NPR Music, 10 Best Albums of March 2019)

“Standout songwriter Bragg spins threads from years of experiences into a magnificent form of Southern storytelling. These new tracks are deeply personal, but not in a diaristic sense.
They are refined and draw from a stockpile of understanding that took years to accumulate.”
-Nashville Scene

“The opener, “I Thought You Were Somebody Else,” is pure classic country — both in arrangement and execution. With subtle yet effective weeping pedal steel from Rich Hinman, Bragg’s expressive singing here evokes an intriguing cross between Tift Merritt and prime Juice Newton, but the arrangement is straight-up last call at the bar, where tears of regret get swept up in the smoky haze of confusion and betrayal.
It’s a stunner.”
-No Depression

“Both songs depict scenarios in which the characters lay themselves bare, revealing pain even as they open themselves up for more. It’s a thread that continues through all of Violets as Camouflauge, which Bragg self-produced in her own studio, whether through the Nashville Sound-influenced “I Thought You Were Somebody Else” and its reckoning with deception or the gentle chamber-pop accents of “Fixed” and its reassurances against self-doubt.”
-Rolling Stone Country

“Bragg has raised the bar, seemingly a daunting task after her stunningly strong previous album.
Yet, this is stronger. It’s one huge adult dose.”
-Glide Magazine

“Splendid… Bragg’s true stories that deal with imperfection in the real world are here to stay.”
-PopMatters

“A sorrowful, sparse song… lyrics floating along with a light drum beat, mournful guitar and Bragg’s soaring vocals.”
-The Boot 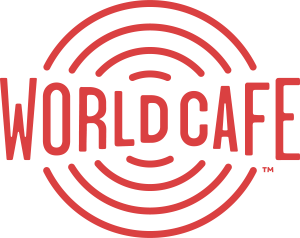 “A force to be reckoned with.”
-Marissa Moss, on The Reckless Electric, Mary’s side project with Becky Warren

“Infectious, smart, and resonant. If you love classic Buddy and Julie Miller material, you ought to know about this transplanted Georgian.” -Craig Havighurst (WMOT Roots Radio, Music City Roots)

“With a voice like a clear mountain stream, rippled with emotion and swirled with a hint of gold-dust gravel, she infuses each song with a panful of passion quickened by intelligent lyrics and resonant melodies, all backed up by superb musicianship and production.” -Jon Sobel

“Whether accompanied by upbeat acoustic licks or aching pedal steel, Bragg’s crystalline voice is the centerpiece of the album that elevates this revealing glimpse into her soul. Lucky Strike carries a distinctive authenticity, born through the intimate connection made with the listener through her vulnerable, soul-baring lyrics.” -George Maifair

“Raw, vulnerable, at times even visceral, Bragg will transport you lyrically and with her remarkably emotive vocals.” -Jim Hynes

Critics Pick: “Bragg applies her decorous voice to the material she wrote for Edge of This Town, which finds her exploring the tension between authenticity and success – a rich subject for an Americana artist.” -Edd Hurt

“I’m trying to forget, Bragg sings with graceful sorrow.
But some marks last even longer than those in the title.” -Brian Mansfield

“Known for putting on a powerful show.”